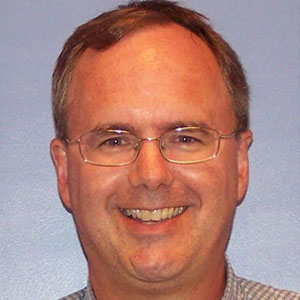 Ever since the launch of Sputnik 1 in 1957, artificial satellites have been sending back streams of information vital to navigation, communications, and astronomy. Not least among the data have been observations about Earth’s weather patterns. Now, next-generation advances are sending key information that may soon lead to a better understanding of severe storms. A recently launched satellite known as GOES-16, the first of the GOES-R series of satellites, is bringing sharper insights about lightning and other factors that shed light on the timing, track, and intensity of such storms. But what goes into a cutting-edge forecast, and how do forecasters predict the weather?

Later this year, validated GOES-16 data will begin flowing to weather models and forecasters. The improved resolution and higher refresh rate of the GOES-16 imagery—every 10minutes or less—should immediately become apparent, providing a smoother and more revealing depiction of the weather. (Look for those images in weather reports in early 2018.) Somewhat subtler will be improvements in weather forecasts, which depend on GOES-16 data. Over time, the higher-quality, higher-resolution GOES-16 data products are expected to provide improvements in accuracy and lead times for forecasts of critical weather phenomena—improvements intended to affect public safety, industry, transportation, and agriculture.

​The advanced GOES-R instrumentation will significantly increase the timeliness, accuracy, and reliability of those measurements

Many people know that weather forecasts are based on computer models. The models themselves start with data describing the current atmospheric state, information routinely gathered from surface observations, weather balloons, and satellites. Two key satellites for predicting the weather over the Americas are GOES-13 (GOES-East) and GOES-15 (GOES-West), operated by the National Oceanic and Atmospheric Administration (NOAA). The observations from those satellites represent critical information used by a diverse set of national and international weather forecast centers. (GOES-16 will replace GOES-13 in November 2017).

GOES stands for Geostationary Operational Environmental Satellite. Geostationary means that the satellite orbits Earth at the same rate Earth rotates around its own axis, so it always appears to be located above a fixed point on the ground along Earth’s equator. The GOES program started in 1975 with GOES-1. GOES-East, located over the equator at a longitude of 75 degrees west, can view the East Coast and much of the Midwest and monitor the tropical Atlantic regions that generate many hurricanes. GOES-West is located at 135 degrees west to view the western states and out into the Pacific Ocean, tracking the powerful Pacific storms that regularly affect the West Coast.

The first GOES satellite in the R series launched on November 19, 2016, and was renamed GOES-16 upon reaching orbit. A GOES satellite consists of different types of sensors designed to measure various geophysical properties of the atmosphere, oceans, land, and space. The advanced GOES-R instrumentation will significantly increase the timeliness, accuracy, and reliability of those measurements. Improved information about clouds and wind from the Advanced Baseline Imager (ABI), a sophisticated camera that records both visible and infrared images, will improve short-term weather forecasts. 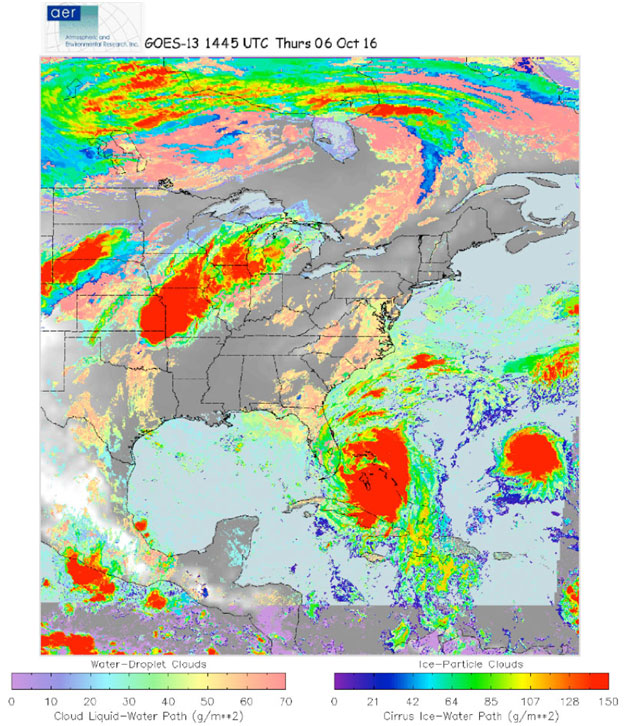 The Geostationary Lightning Mapper (GLM), a new type of camera designed specifically to record lightning flashes, provides the first-ever continuous, hemispheric-wide measurement of lightning, a key indicator of severe storm formation. Together, the improved measurements from ABI and GLM will increase the warning lead time for severe thunderstorms and tornadoes and provide improved hurricane tracking and intensity forecasts. Additional sensors will provide information about solar flares and Earth’s near-space environment, leading to warnings about outages in radio communication and GPS.

In 2003, Atmospheric and Environmental Research (AER), a Verisk Analytics business focusing on researching the global environment and weather- and climate-related risk, began preparing for GOES-R and carried out several government-sponsored concept studies to help shape the future measurement and performance requirements for the satellite. Once NOAA finalized the specifications, separate proposals were requested to build each of the instruments, the satellite itself, and the ground satellite control and data processing system. AER joined a team formed by Harris Corporation, a leader in satellite ground-processing systems, to provide a state-of-the-art solution to meet NOAA’s needs for decades to come. In May 2009, after two years of proposal preparation—including intensive written questions and an oral exam—the Harris team was selected by NOAA as the winner for the GOES-R ground system development, responsible for satellite control, instrument data processing, and data distribution.

The GOES-R project required software to convert raw instrument measurements into geophysical parameters, including cloud cover, lightning, and sea surface temperature maps; characterization of wildfires; atmospheric temperature and humidity profiles; and space weather measurements such as solar X-ray intensity. AER worked with government scientists to translate algorithms developed by government and university researchers into high-quality operational software. (An algorithm, in this case, is the recipe for converting the sensor measurements into geophysical quantities such as cloud type, lightning strikes, and solar flare information.)

Along the way, AER used its scientific expertise to understand the algorithms and develop the data necessary to fully test the software before delivery to Harris for integration into the operational Product Generation System. The challenge is to meet the requirements for high availability (uptime is better than 99.99 percent) and high throughput/low latency: GOES-16 records more than 60 times more data than previous GOES satellites. The AER Algorithm Workbench, a software framework to expedite system test and evaluation, was used to support both functions. Ultimately, more than 450,000 logical lines of code were installed and tested in the ground-processing system and delivered to NOAA by May 2015. Since that time, AER continues testing the software to ensure the new system is ready for “live data.”

What started with a handful of scientists and engineers working the initial concept studies evolved into, at its peak, an integrated team of more than 60 AER scientists and software engineers, uniting people with different scientific and software skill sets into a cohesive team focused on the goal of readying a ground system for launch. The GOES-R series of satellites—which includes GOES-S, GOES-T, and GOES-U—is scheduled to provide NOAA’s geostationary environmental data until 2036.

The 5 questions you should be asking about legal tech

Technology as a Tool to Aid the Legal Function

Building On Your Legal Tech Journey

Enhancing Productivity of Lawyers with Technology