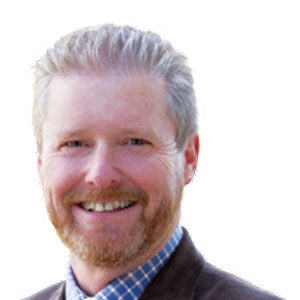 As a result of a conference in Seattle in March 2016, I discovered that the thing I’ve been doing all my professional life, collaborative governance, has been studied academically and is more important to the success of GIS in government, and government in general, than I had ever realized.

Without going into an academic description, collaborative governance is an organizational structure within which partners can make decisions together. These are generally partners that have no authority over one another and don’t fall under the purview of the same governing body. In other words, no single entity is in charge of their activities, and yet they need to work together to solve a problem or improve a process... because it is in their shared interest to do so. Another example of collaborative governance in which I’m involved is the Coalition of Geospatial Organizations, a group of 13 geospatial professional associations that represent over 170,000 GIS practitioners.

There are lots of processes where organizations from multiple levels of government, and sometimes non-governmental organizations, are already working separately on issues like childhood trauma, workforce development, emergency response, public health, stream restoration, and much more. But they don’t usually work together very well on those issues because there’s no collaborative governance structure that enables them to make decisions together on a repetitive, consistent basis. The lack of a formally recognized method for making collaborative decisions results in inefficiency, inconsistency, and waste.

A governance structure is a formal recognition of decision rights—who makes which decisions, how those decisions are made, what triggers the necessity for a decision, who sits at the table, who has a say, etc. Governments (at all levels) are traditionally set up in silos, with funds pushed down those silos by a governing body, like a legislature, commission, or council, to perform discreet functions. But they almost always have to work with other, autonomous organizations in other silos to effectively complete their tasks. The mechanism that can make collaborative work happen, consistently as part of the DNA of government, is a collaborative governance structure. Collaborative governance is useful between any silos, but when the silos are controlled by separate governing bodies with their own elected or appointed officials, collaborative governance is essential.

It requires patience, curiosity and the understanding of changing business practices of an organization to effectively use GIS technology in an ever changing world

A few years ago, I was making a presentation to a former Chief Operating Officer for Oregon about GIS and its transformational power to enable visualization of information, evidence-based decision making, and performance management. At the end of the presentation, he said he was all about evidence-based decision making, but that government struggles to use information to make decisions because there’s no comprehensive governance structure that enables collective decisions and follow through.

After that meeting, I worked with a number of government officials for six months on a collaborative proposed governance structure for Oregon. It was based on the collaborative governance structure for GIS that has been used in Oregon for over three decades to make decisions among federal, state, local, tribal, and regional government organizations. The proposed model is not intended as a replacement for the existing silo structure of government. It’s a formal collaborative model designed to connect the silos to enable government business processes to be conducted and prevent those collaborative processes from breaking down when people move around within and between silos. When operating at full maturity, it would engage all the government and non-government organizations in decision making related to collaborative processes, and envisions civic engagement in a constructive way through a variety of focused task forces.

In part, the work put into this aspirational model prompted us to take a fresh look at ways to overcome barriers to geospatial data sharing among and between all public bodies operating throughout Oregon.

The Oregon Geographic Information Council (OGIC) commissioned a study ten years ago and found that Oregon state and local government spent $5 billion annually on geospatial data development, management and use, and that they wasted $200 million annually on those activities, in roughly equal proportions. Approximately 80 percent of the expense and waste was related to personnel costs for duplicated data development and update.

To combat these seemingly intractable data sharing issues, we decided we needed statutory authorization for OGIC and its mission, and a mand

ate for public bodies to share at least the base, or reference geospatial data, which we call Framework data. Prior to this effort, the authorization for OGIC was a Governor’s Executive Order which only provided authority over executive branch state agencies. The new legislation establishes OGIC as a collaborative governance body representing all public bodies in Oregon: state, county, city, special district, and regional government.

At the direction of the Legislature, we established a 24-member, multi-jurisdictional stakeholder group to draft the legislation. We worked with this group for 9 months prior to legislative introduction of our agreed upon bill (HB 2906). The new law mandates that all public bodies in Oregon share geospatial Framework data with each other. The regional, tribal, and local government stakeholders demanded, in exchange for their support, that the legislation include the necessity to share the Framework data securely, meaning that the data is not all simply placed in the public domain. That provision sets the stage for my group, the State CIO’s Geospatial Enterprise Office, to set up a secure data hub from which all public bodies will share Framework data with each other. This approach has created a new partnership between all public bodies and a collaborative governance structure to make decisions about how that partnership will be managed. The new OGIC collaboration gives all public bodies an equitable seat at the table, and should result in significant savings and/or cost avoidance over time. I’m hopeful it will also lead to more consistent, effective, and efficient government services across the state, as most government services rely on geospatial data.

Looking Beyond the Digital Front Door

Leading to compete in the digital world