GIS Uses and Advances in Public 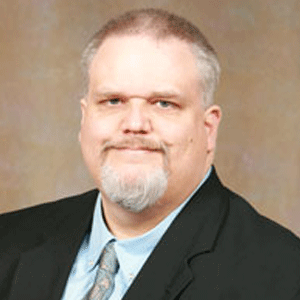 Public safety has been using maps for many decades, but it has progressed to now we are using mobile data terminals that include the maps and routing. This goes beyond the basics of routing them to calls by making additional information available such as building plans, contents, hazardous conditions and other layers that allow responders to have additional situational awareness. This can be vital to the lives of the responders and those who they intend to serve.

The use of GIS begins before the information is transmitted to the responders. Enhanced 9-1-1 uses GPS and mapping to determine the locations of wireless callers, which account for more than 80% according to the National Emergency Number Association.

GIS is also finding its way into other areas beyond the street. One of the larger areas is in preparedness or preplanning. Law enforcement and the fire service analyze incident data to identify areas of increased activity. This allows managers to reorient the deployment of assets to interdict issues to minimize their impact.

​ We are seeing a merger of public safety and academic researchers. It has led to some innovative applications that both sides may not have anticipated

One of the biggest areas of GIS use is in preparedness. It can be used for many things to help preplan actions where the information can help inform the planning process. While this doesn’t assure smooth operation, it does help minimize incident specific perturbations that may occur. Some examples of the use include of the planned locations for Points of Distribution where disaster recovery supplies can be provided, or routes for evacuations. It can also be used for more emergent issues like the use of orthos, especially obliques, for preplanning for events like SWAT or fire attack operations.

We are seeing a merger of public safety and academic researchers. It has led to some innovative applications that both sides may not have anticipated. For instance, mapping social vulnerability came out of the University of South Carolina’s Hazards and Vulnerability Institute. This emerged from an interest in the sociological discipline, but it can be used in emergency management. By looking at these characteristics the emergency managers can modify their responses to better accommodate expected community demands based on anticipated needs.

Another area of use is for mitigation or the minimization of either likelihood or impact of an incident. An important challenge of mitigation is that it is often expensive and it is difficult to prove the value to something that didn’t happen because your strategy worked. This has been helped dramatically by integrating GIS and various models. There is an increasing number of models available from a variety of sources. The most well-known is likely HAZUS from FEMA which estimates damage from flooding, hurricanes and earthquakes. There are others that can model more terrorism based or evacuation planning like models from the Oak Ridge Evacuation Modeling System (OREMS).

The one thing to consider with the models is that they are only as good as the data that goes into them, so results should be qualified based on the quality of the input data. The data can be improved at the local level but can also be labor intensive to generate and get into the models.

Even after the disaster, GIS is forging new ways to assist in operations during recovery. A common challenge is expedited debris removal. Here the integration of data from drones can be used to not only map impacted areas but with the addition of LIDAR can be used to estimate the volume of debris thereby enhancing the removal and disposal operations.

GIS can also be used to prioritize the re-establishment of critical infrastructure following an incident. Here partnerships between public and private utility providers can be informed by combining impact mapping and utility infrastructure needs.

This progression in the use and application of spatial technology has not only driven a change in how we operate but it has also driven a need for both more tech-savvy people and tech infrastructure. This is a non-traditional role for the safety agencies but is increasingly becoming important as reliance on technology increases in the discipline as it is in society in general.

With all these changes where do we go from here? The frontier is the move to more dynamic data sources with spatial references. This not only allows responders to make better and timelier decisions but to also share that information with the public for individual decisions. Through improvement in technology, the pairing of dynamic data and automated analyses can provide critical decision support for community responders, elected officials and the public. It would also allow the sharing of aggregated information up from the local to regional, state and even federal levels reducing the time for the information flow and for valuable resources to be released for the response.

GIS has become foundational in public safety as much as any of the other components of the system. Through the synergy of technology and well-trained and experienced personnel, the safety of the entire community can be enhanced.

The New Face of Mobile: Yes, It Should Have a Face

The Epic battle for the Digital Wallet