Looking at the Phoenix through the Eyes of Geographic Information Systems

Looking at the Phoenix through the Eyes of Geographic Information Systems 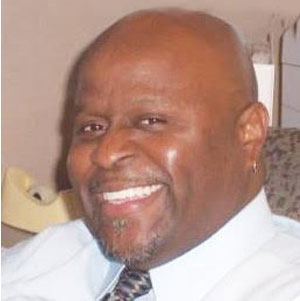 The city of Phoenix has been a leader in the utilization of GIS technology for many years. With the recent evolving technology advancement in GIS, the city has transformed its GIS strategic direction to take advantage of the new opportunities.

• Information Mapped Address in Phoenix (IMAP) – Provides quick refer­ence for employees and residents to city of Phoenix facilities that are most commonly requested. This application launched the realization of mapping capabilities by lev­eraging mapping and data services.

• Story Board and Videos

The city of Phoenix has been a leader in computer aided mapping for more than two decades. Starting in 1992, this has primarily been accomplished using Esri’s (Redlands, CA) Geographic Information System (GIS) software, and data produced by city departments. Initial ventures into the technology helped produce maps such as water and sewer infrastructure, street transportation infrastructure, property information, and mapping tools for public safety. Until recent years, a user had to be a trained GIS professional to get access to the maps and information, and make use of them.

Today, the city of Phoenix has adopted the industry standard promoted by Esri for “WebGIS.” This puts the GIS technology in the hands of not just the GIS professionals, but makes it available to all city employees, and accessible to the public. It comes in the form of applications mapping data containing spatial information (e.g., property boundaries, streets, and addresses), map services, as well as open data layers that are available to the public to create their own maps.

Web mapping is the ability to take sophisticated mapping tools, simplify them in configurable web mapping applications, and easily and quickly turn data into maps with information for analysis and decision making. Putting GIS tools in the hands of more people opens up the opportunity to greatly expand the return on investment the city has made in GIS.

​A good example of how this is accomplished is a simple web map developed by the city’s Enterprise GIS team that shows the location of City- Owned Property. Prior to this it was difficult for city staff to reliably find where city owned property was, let alone any information about it. Now, through a lightweight web mapping application, staff can quickly and easily see the city’s properties and find out necessary details about it. They can do this from a desktop, tablet, or phone.

Getting the word out to city staff and the public was the primary motivation behind the 28 Maps Later promotion. It showcased map data available through the city’s Open Data Mapping Portal that provides easy, downloadable access to publicly available data. Just as important, it also showed how easy it is to create maps for not only users with sophisticated needs, but also for those who just want to see a few addresses on a map. City departments have used this approach to create 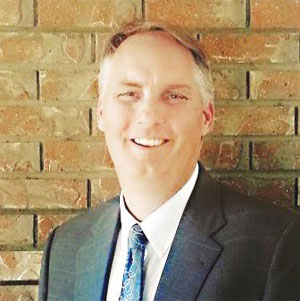 Adopting web based technology and responsive application design (design once, deploy on any platform be it desktop or mobile), the city was able to expand the use of GIS technology. Management began to see the benefit of its investment in a very powerful, and yet underutilized way.

Not long ago the residing may or came across another city’s website where a simple application displayed the answers to frequently asked questions that city’s staff was spending a lot of time answering the same questions over and over again for their residents. Likewise, the city of Phoenix was experiencing a similar situation. Today, city staff and residents can access the city’s intranet or Phoenix gov to find answers to frequently asked questions by launching IMAP.

The city’s IT infrastructure, and particularly the GIS, was founded on a client/server architecture. Now, the city is shifting to a services based infrastructure where data is presented as web based services accessible in many applications through a generic rest endpoint. Any application, desktop or web, that can consume rest services are clients to the system. The city has a centralized enterprise infrastructure that is fed by authoritative, departmental data, then redistributed as services to customers who want to use it as part of their business.

The primary benefit of this approach is that departments can focus on their core business, using their assets and resources towards that end, and leave the IT to those who specialize in it. With the city trying to control costs and increases the cost/benefit of its technology investments, centralized enterprise mapping and application support on a common infrastructure is very cost effective. The city’s IT department and its GIS team are able to provide more services with less resources and still maintain a high level of quality.

What It Truly Means For IT Security To Bea Business Enabler

Policy is a Key Solution to Stopping Packaging Waste

Congestion-Driven Basis Risk, A Challenge for the Development of...