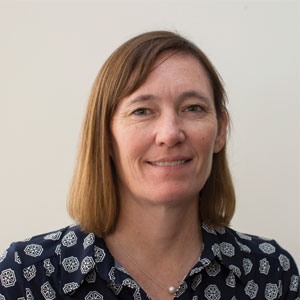 The Synergy of IoT and GIS

Even before Google maps, GIS already established a foothold in the government, environment, planning, and engineering fields. With navigation systems, smartphones, and wearables, GIS provided a solid foundation and means to visually and spatially analyze the data. The recent years of technology innovations prospered from the advances within GIS over the past twenty years.GIS matured and leveraged cloud infrastructure, graphic processor enhancements, new analytic computations, and browser-based applications. GIS consumers demanded platform innovations seen in other systems and technologies. The GIS platform evolution paved the way for IoT integration.

​A singular data element, like time, is capable of transforming GIS analytic functionality to see the past and use the past to visualize the future.

With an estimated 6 billion devices connected in 2016, what does this mean for GIS? It means data. Data about the devices, their locations, their owners, and their communities collects every day, hour, and minute. Data will grow to unimaginable volumes. As IoT companies solidify on data standards and protocols, the data value and usability increases. The data can appear in charts and graphs, but ultimately, data needs geographical context, and for that, GIS provides a strong foundation. GIS can organize this data rich world with geographic visualization and analysis.

GIS can unlock the power of IoTand GIS professionals hold the keys. GIS training and education creates the critical thinkers needed to analyze the data spatially. While new careers as data scientists grow, not every data analyst can work in a geographic dimension with spatial, tabular, and temporal data. GIS curriculums need to start as early as coding, logic, and mathematics. With GIS embedding itself in our daily life, through wearables, smart homes, navigation, and even Pokemon Go, our culture’s hunger for geospatial data grows. Trained GIS professionals are positioned to explore a rich sea of IoT data and shape our culture’s future.

With everyone carrying multiple technology devices around all day, every day, GIS stands to benefit from not only more data but also live data, more granular data, and spatially accurate data.

As technology evolves, the hardware and software within our smart phones and wearables communicates better, faster, and in real time. Since our culture embraces technology, these devices have permeated our daily lives and habits. Personally, my wearable only leaves my wrist when it is being charged. Most people grab their smartphone when they leave the house, when they walk between work meetings, and even some when they visit a restroom. The devices we carry around every day stay on, activated, and communicate freely with wireless and cellular networks. Communicating in real time, these devices live stream data (citizen or participatory sensing) which GIS systems can consume. Waze already incorporates this functionality into their application with their community-based traffic model. With live data already available, GIS systems just need to tap into this data flow.

In addition to transmitting continually, these smart devices capture a variety of data points and leave a trail of data points. The devices capture what you are doing, where you are located, what time the action occurs, and what is happening to you (sensors). Adding the element of time to a data set creates a new dimension of analysis for GIS enthusiasts. In addition to the normal GIS analysis, the temporal element allows trends and patterns to develop through time lapse data and geospatial. Capturing the historic data points enable new modules like predictive analytics to flourish. A singular data element, like time, is capable of transforming GIS analytic functionality to see the past and use the past to visualize the future.

Lastly, smart devices get smarter with each version. The software releases include new functionality, compatibility, and bug fixes, but the hardware comprising each new device contains a host of technology improvements. While the devices grow smaller, lighter, sleeker, and in some cases bigger, the GPS components within the devices grow stronger. Since GPS declassified, the power of GPS continues to spread into other technologies. With mobile devices, the potential to rival more traditional GPS collection hardware exists. People could capture GIS quality data with a smart device. With millions of devices data collection ready, GIS could leverage the masses to create data sets. Hundreds of citizen volunteers armed with only their smart devices could collect your city’s bus stops, trees, broken sidewalks, or litter.

Smart devices contain great potential to the GIS community, but, the power of data doesn’t come without a cost. Concerns circulate about how much data the tech industry collects or can access. Mobile device technology can be the next big thing to happen to GIS, but the data flow could be regulated by public sentiment and legislative action. If the data isn’t restricted, the data flood could create its own new challenges, but GIS likes challenges.

Check This Out: Pratibha Basrao Discusses the Evolution of Geospatial Technologies

Teleworking and the security risks of freemium messaging apps

A Brief Overview Of Revenue Management Systems In Hotels Today –...

A Front-End Preventive Approach To The Revenue Cycle Contributes To A...