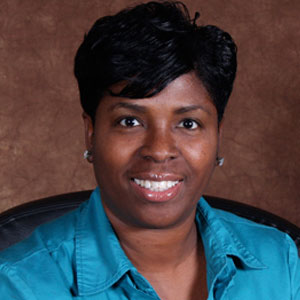 A few years ago, Hartsfield- Jackson Atlanta International Airport typically used its Geographic Information System (GIS)  only as a mapping tool; primarily to help our asset management department keep track of which airport properties had been  leased. But here at the world’s busiest airport, we realized we weren’t taking full advantage of the location-based data  services that a fully integrated GIS can provide.

"For nearly two years, IT team members  met with other airport departments to determine their needs, so that our GIS team  could customize the software platform to make each user group’s job easier"

Today, through the use of hand-held devices running GIS software and Internet applications, our airport operations field  inspectors are able to make on-the-spot records of airside incidents, complete with photos; our security personnel can file real-time reports from the concourses; and maintenance workers can track water leaks and other repairs more accurately. The  shift to a more functional GIS has created operational efficiencies and continues to streamline workflow, but the development  of an enhanced system did not come without challenges.

It was determined about five years ago  that it would be more cost effective to implement an enterprise GIS environment since the Information Technologies department had limited GIS support staff. The eight-member GIS team includes GIS coordinators,  analysts and technicians, as  well as application developers, database administrators and land surveyors.

For nearly two years, IT team members met with other airport departments to determine their needs, so that our GIS team could customize the software  platform to make each user group’sjob easier. Like most IT departments, we wanted to retain control over the Airport’s Management Information System, but we found that we needed to cut through some internal red tape, giving   the GIS team a degree of limited access to the applications servers so it could create the necessary programming. Our vendor  for the software platform, Esri, makes products for industrial, government and military applications.

In early 2013, Hartsfield-Jackson  began issuing iPhones and iPads equipped with Airport Safety & Operations Compliance  System (ASOCS), made by  GCR. With ASOCS, all the hand-held devices are tied into the airport GIS, allowing users to mark the  exact locations of incidents and to file reports instantly from the field. Currently, we have about 40 devices that are  shared between workers on different shifts, but the system has proven so useful that we’ve budgeted for additional units and  hope to soon have enough to give each field worker his or her own dedicated device.

The next challenge for Hartsfield- Jackson’s GIS team is “blue-dot functionality,” which would show the user’s real-time location with much more precision than, say, an iPhone’s mapping  application, which relies on cell tower triangulation.

Ideally, blue-dot functionality can be incorporated into the Airport’s upcoming mobile app—planned for release this summer–inorder to allow travelers to see how long it will take them to reach their departure gate. Currently, we offer this feature only at two interactive screens in  our international terminal, but it would be even more helpful if it can be uilized on the go.

We now believe we’ve found a  workable balance within the Airport’s IT department that gives the GIS enough control to address issues in a timely manner, while allowing our technicians the necessary oversight to manage the servers. And we will  continue to look for  ways to use GIS applications to create additional efficiencies.

What It Truly Means For IT Security To Bea Business Enabler

Policy is a Key Solution to Stopping Packaging Waste

Congestion-Driven Basis Risk, A Challenge for the Development of...